Mother...Ruling the world by force is not something that I am sure I approve of. An empire that does not listen to the plight of its people is destined to fail...Enrique

Enrique (エンリック [1]) is the prince of Valua and a major playable character in Skies of Arcadia. He joins Vyse's party when they are captured in Valua's Grand Fortress, even to the extent of becoming a 'hostage' of the group and offers his airship, the Delphinus, to escape.

Enrique has a strongly and deeply entrenched moral sense, something that puts him at odds with the questionable values of the majority of the Valuan nobility. He is a charismatic speaker, the force of his heart filling his words with sincerity that might not otherwise be believed coming from a Valuan noble. He chose willingly the path of an outcast and air pirate because he believed that this path was the only way to shock Valua out of its complacency. However, the American booklet says he is "rather fainthearted," though this may be an impression of his character "from the street" before the game begins, or merely a reference to his sheltered upbringing. Despite his relatively short time with them, Enrique considers Vyse, Aika, and Fina to be his closest friends, another indication of his sheltered upbringing.

Enrique could be considered feminine in appearance, short in height and slightly-built. His blonde hair is neatly fringed in front and sleekly well-groomed in back. He has wide, bright blue eyes, and wears dark violet clothing, and a breastplate. Enrique wields a rapier in combat, which he uses in his attacks and S-moves. Enrique hits precisely through weak points rather than with Vyse's powerful but hack 'n slash cutlass techniques. Despite his youthful appearance, he is the third oldest of the party characters in the game, being the age of 25.

In his childhood, Enrique was taken care of by servants and saw Second Admiral Gregorio - who was like an uncle to him - far more often than his mother, the Empress. As a young adult, he and Admiral Galcian conflict in their interests, to the point that Enrique eventually takes up arms against his homeland to fight against him. In his first couple of appearances he attempts to get his mother to see the error of what she is doing with no luck. When he protest the destruction of Nasrad he is told by his mother to get out of her sight, at the point he decides to take matters into his own hands.

Enrique tries to meet Vyse when they are captured by Ramirez, but seeing that Vyse has already escaped he orders his men to keep quite of this discovery and steals back the two moonstone crystals taken from Fina. Enrique helps the party during their second escape from the Valuan Grand Fortress, and gives Vyse his flagship, the Delphinus prototype, to captain and use as Vyse sees fit.

The voyage is very rough on Enrique at first as, having never been on a ship before, he discovered he has airsickness. However he toughens up as time goes on, especially after he was forced to stand up for his conviction in the face of his "uncle" Admiral Gregorio.

Once they enter Yafutoma, Enrique falls in love with Princess Moegi, the younger sister of the unmarried Crown Prince Daigo, who becomes king shortly after the end of the game. In the end game sequence, Enrique and Moegi get married, making their child both heir apparent to the Valuan Throne and heir presumptive to the Yafutoman Throne. The ending also implies that Enrique has retained custody of the Delphinus, as Vyse, Aika, and Fina set sail in a new, less advanced ship in the final scene. 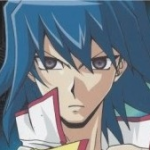 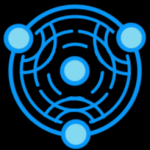